Complex trauma survivors face a dilemma that very few can fathom: they are forced to confront present-day stressors while attempting to resolve triggers from the past. These layers upon layers of trauma take courage, support, and time to unravel. The healing journey of a complex trauma survivor who has several sources of toxic stress is multifaceted. Their day to day reality is filled with tiny terrors embedded within larger cracks in the psychological war zone that is their psyche.

The healing journey of a complex trauma survivor who has several sources of toxic stress is multifaceted. Their day to day reality is filled with tiny terrors embedded within larger cracks in the psychological war zone that is their psyche.

“Many abused children cling to the hope that growing up will bring escape and freedom. But the personality formed in the environment of coercive control is not well adapted to adult life. The survivor is left with fundamental problems in basic trust, autonomy, and initiative. She approaches the task of early adulthood – establishing independence and intimacy – burdened by major impairments in self-care, in cognition and in memory, in identity, and in the capacity to form stable relationships. She is still a prisoner of her childhood; attempting to create a new life, she reencounters the trauma.” – Judith Herman, Trauma and Recovery: The Aftermath of Violence – from Domestic Violence to Political Terror

Survivors of bullying and other traumas face a double bind: not only are they oppressed by their peers, but they are also often oppressed by family members, authority figures, and other life circumstances. When bullying is also supplemented with other microaggressions or tumultuous life events, the trauma is undeniably more forceful in its impact. What happens when the child is bullied at both school and the home, both meant to be safe places? What sort of effects linger far beyond childhood, when not only peers but also parental figures simultaneously terrorize the victim? Or what about the impact of chronic, severe bullying – a form of bullying which occurs for years across the child’s entire school career, rather than short-term?

The Effects of Life-Long Bullying

When one has undergone several sources of abuse throughout his or her lifetime, including but not limited to bullying, emotional neglect or abuse by parents, witnessing domestic violence, and/or even sexual abuse, starting from early childhood, the simultaneous wounding from multiple violations literally rewires the brain, creating disruptions in identity, self-efficacy, and interpersonal effectiveness. According to Bessel van der Kolk, trauma causes the brain to become re-organized to deal with danger, rather than mindful of present-day engagements; trauma survivors become subconsciously programmed to feel an overwhelming, pervasive sense of fear and helplessness.

Bullying already poses a severe socioemotional and academic threat to victims who endure it; victims of bullying are more likely to drop out of school, commit suicide, abuse substances, struggle with anxiety and depression, and have low self-esteem. If a child is targeted for bullying without protective factors such as supportive family members or validating authority figures, this form of alienation exacerbates toxic stress in the child’s life and presents high risks to their early development. A child abandoned by their family members or school administration during difficult circumstances suffers undeniably more. According to the Center on the Developing Child at Harvard University, “Without caring adults to buffer children, the unrelenting stress caused by extreme poverty, neglect, abuse, or severe maternal depression can weaken the architecture of the developing brain, with long-term consequences for learning, behavior, and both physical and mental health.”

While singular trauma is often linked to the development of PTSD, complex trauma can cause symptoms beyond PTSD – it can result in Complex PTSD. Judith Herman first coined the term “Complex PTSD” to explain what occurs when an individual experiences a prolonged period of victimization and captivity, usually experienced in situations like long-term domestic violence, long-term child sexual abuse, prisoner of war camps, and organized child exploitation rings.

In addition to the regular symptoms of PTSD, which include hypervigilance, avoidance, dissociation, nightmares, and flashbacks, someone with Complex PTSD also experiences issues with emotional regulation, consciousness, self-perception, distorted perceptions of the perpetrator, and disruptions in interpersonal relationships.

Childhood abuse can be considered a form of ‘captivity’ and so can prolonged bullying when the child perceives no means of escape. The causes of complex trauma can thus be diverse and varied. According to trauma therapist Pete Walker, multiple sources of trauma can lead to a pervasive sense of toxic shame, a cruel inner critic and emotional flashbacks which cause the survivor to ‘regress’ back into the original traumas of the past.

Although Complex PTSD is often associated with long-term sexual or physical abuse, Walker confirms that long-term emotional neglect and assault can also be a factor. And indeed, many studies confirm that verbal and emotional abuse can cause just as much damage to the early developing brain as physical abuse (Teicher, 2006; Choi, 2009; Copeland, 2013). 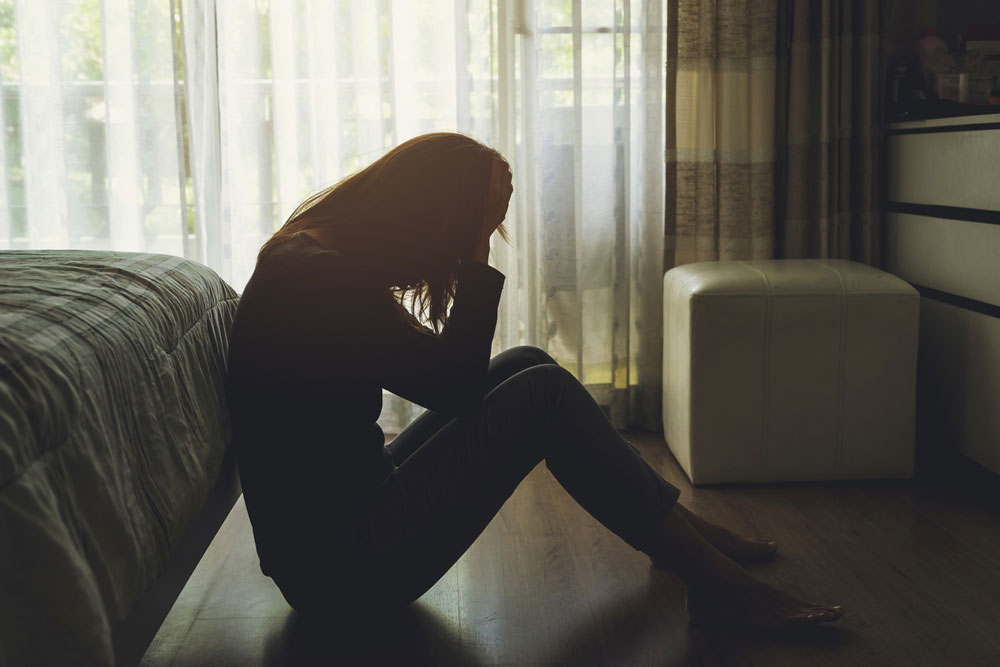 Part of Complex PTSD is what therapists call “repetition compulsion.” In his book The Betrayal Bond: Breaking Free of Exploitative Relationships, Patrick Carnes writes, “In part, trauma repetition is an effort by the victim to bring resolution to the traumatic memory. By repeating the experience, the victim tries anew to figure out a way to respond in order to eliminate the fear. Instead, the victim simply deepens the traumatic wound.”

It goes without saying that the number of traumas one experiences simultaneously will factor into the strength of the trauma repetition cycle.

It goes without saying that the number of traumas one experiences simultaneously will factor into the strength of the trauma repetition cycle. Traumas compounded with other traumas will increase the overall risk for trauma repetition in adulthood. It is no surprise that a study showed that children who are both mistreated at home and by their peers are more likely than children only mistreated at home to show significant mental health problems later in life. Due to the immense impact of these traumas as well as the emotional and psychological warfare that often accompanies bullying, survivors become conditioned to engage in negative self-talk, blame themselves for the abuse they’ve suffered, and continue to the vicious cycle of abuse. They may struggle with a shame that should belong to their perpetrators and develop maladaptive ways of coping. These maladaptive mechanisms are attempts to survive unbearable, overwhelming lifelong trauma through destructive means that inevitably reenact and reinforce the trauma.

Complex trauma survivors may seek unsafe mechanisms to regain control (such as self-harm, undereating or overeating, abusing drugs, etc.) as an attempt to survive the experience. Toxic shame that arises from incidents of bullying and abuse can lead to behaviors such as sustaining abusive relationships, addiction, eating disorders, and reckless sexual behavior as futile attempts to avoid the trauma and create “numbing” in response to the symptoms. For example, The Adverse Childhood Experiences study showed that abuse in childhood not only contributes to increased risk for health problems such as obesity, heart disease, cancer, stroke, it also increased the risk of alcoholism, depression, suicide attempts, adolescent pregnancy, STDs, and missed work.

This reenactment of past trauma is not a coincidence – rather, it is a consequence of the trauma itself.

Another symptom of the complex trauma that accompanies bullying is increased social anxiety and self-isolation as a form of self-protection; bully victims often withdraw from school activities to avoid the sites where the bullying took place. They may become fearful and distrusting of their peers as well as authority figures, especially if they felt those people did nothing to protect them.

This pervasive sense of distrust unfortunately does not make the survivor immune to repeating these patterns in their adult relationships. When childhood trauma is ongoing and chronic, it becomes overwhelming to the body and leaves the body in a constant state of hypervigilance and hyperarousal (Perry, 2000). Betrayal by trusted friends, family members or even partners can cause what Patrick Carnes calls a “betrayal bond,” or trauma bonding.

Despite the complex nature of the trauma that has been endured, there is hope for healing and self-reflection. Complex trauma survivors can address their subconscious programming using diverse healing modalities, including but not limited to traditional modes of therapy, EMDR, art therapy, hypnosis, sound therapy, meditation, yoga, reiki healing, and other forms of bodywork that enables them to release the trauma on the level of mind, body, and spirit. Healing modalities should always be discussed with a certified trauma counselor to ensure that the survivor is addressing their unique needs and triggers.

Survivors can learn to grieve the losses they’ve had in both childhood and adulthood, with the willingness to validate all of the emotions that arise from complex trauma. They can begin to gain distance from negative self-talk and learn to “reparent” their inner child with self-soothing techniques. They can seek validating support networks via group therapy with other trauma survivors, trusted friends or mentors, trauma-informed survivor forums and online communities. Most importantly, they can rewrite their narratives of helplessness to those of power and agency. While complex trauma survivors face a lifetime’s worth of bullying, they also develop a lifetime’s worth of resilience.

Walker, P. (2013). Complex PTSD: From surviving to thriving: A guide and map for recovering from childhood trauma. Azure Coyote Publishing.

Van der Kolk, B. (2015). The body keeps the score: Mind, brain and body in the transformation of trauma. London: Penguin Books.

Shahida Arabi is a graduate of Columbia University, where she studied the effects of bullying across the life-course trajectory. She is also the bestselling author of three books. You can find her blog about abuse and trauma at Self-Care Haven.